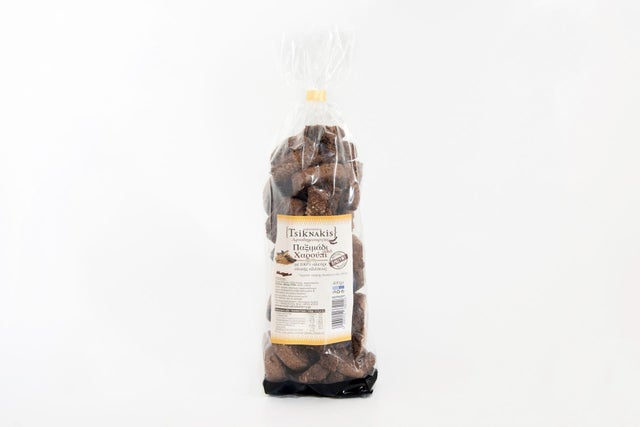 Carob rusks have a unique taste due to the use of our carob powder, well known for its rich flavour and aroma as long as its healthy benefits. The rusks can be added to soups and salads used as an alternative to bread or to make mini Dakos.

Whole carob rusk, made of leavened dough and the purest ingredients, with no preservatives. Baked according to the original recipe by Tsiknakis family.